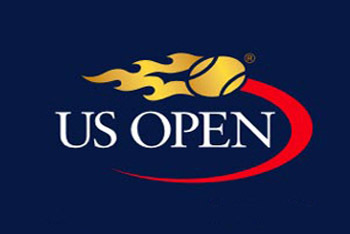 Okay, NY, let’s embrace our truth. There are tons of things that we look forward to attending at the start of every year and the excitement builds on when NYC is the selected destination to have the pleasure to host exclusive epic events. In this case we are happier than a pearl in an oyster to share with you the highly anticipated Tennis US Open.

In case you didn’t know, Tennis is one your writer’s favorite sports – on that note let’s get on with it.

August 22 – just four days shy of the Opening and perhaps an ordinary day to some this is the beginning of the Tennis experience. An exclusive access to The Draw Ceremony ignites the journey to the Grand Slam. It is during this time that players are introduced to the world – sort of speak. This process includes world rankings, in depth statistics and it determines the position when the players will be placed for play.

Suddenly, Serena Williams and Andy Murray appear and are in the middle of an interview with NBC’s Bruce Beck to speak about their past championships, anticipations and preparations for the Open.

A short while later, we join Serena and Andy at the Clinic as they donate their time and pay it forward to the community – especially those severely affected by Hurricane Sandy.

After the Clinic we merge once more for a Tasting Preview hosted by the USTA – yes it’s a big deal.

This is a first look of what to expect for the upcoming dining menu. Let’s not forget the photo opportunities with Chefs David Burke, Tony Mantuano, Masaharu Morimoto and USTA’s Executive Chef Jim Abbey. Accompanied by a team of over 250 people, the US Open is estimated to serve over 700,000 visitors on a daily basis during the course of the Open – yikes.

Chefs at US Open Tasting

Everyone parades on the red carpet headed to their seats to cheer on all the favorites including Serena, Venus, Roger, Rafael, Agnieszka, and Franchesca as they bring the heat to the first round.

Day two opens with a phenomenal speech from First Lady Michelle Obama and then we hit the courts with Roger while the young teen hopeful -Victoria Duval, the favorite, Victoria Azarenka and Novak Djokovic make their debut to battle it out on the court. By the third day, visitors know what to expect- arrive early enough to catch the practice sessions and stay for the later competitions.

Andy Murray, warmed up and ready to go is the main attraction after both James Blake and Venus Williams give their best but unfortunately do not move on to the next phase. This is also the first round of mixed doubles for both women and men.

Roger is back and triumphs against Carlos Berlocq, Nadal over Dutra-Silva, and Serena plays a round of singles then teams up for doubles with Venus against Silvia Espinosa and Carla Navarro.

During the course of the week as the players advance to the next level, there is an array of events intermittently occurring and the best part is you never know who you will run into at any given moment.

The Saturday before the final, Bob Harper – incredible trainer from “Biggest Loser” attends and donates his time in teaching kids the importance of Tennis as an additional way of incorporating physical activity to maintain a healthy lifestyle. Other celebrities- Spike Lee, Donald Trump, Sean Connery, Ben Stiller and a few others migrate to the US Open to watch their favorite players.

On that note we would like to congratulate all participants for their hard work and dedication to the sport on the road to victory. An epic round of appreciation to the following winners for making this event the most memorable experience thus far: Rafael Nadal, Serena Williams, Andrea Hlachova/Lucie Hrdrecka and Leander Paes/Radek Stepanek for winning doubles. In a nutshell and similar to the commercials, nothing beats being here – so we hope to see you again in 2014.